Everywhere you look in Jacksonville you see Canada geese. They saunter leisurely across the street right in front of your car. Honk at them and they pay no attention.

There are also alligators in Jacksonville but we don’t see nearly as many of them as Canada geese. When a gator does wander into an urban area it’s rare enough to make the evening news.

My friend John took this photo as he was leaving Victory Lutheran Church. Geese were feeding on the grass nearby and one got a little too close to the water. John heard a splash and saw this huge gator lunge up and grab the goose. Look closely and you can see goose parts dangling from the gator’s jaws.

John called whoever you’re supposed to call when you see a gator in an urban area and they came and trapped it. They told him it was eleven feet long. 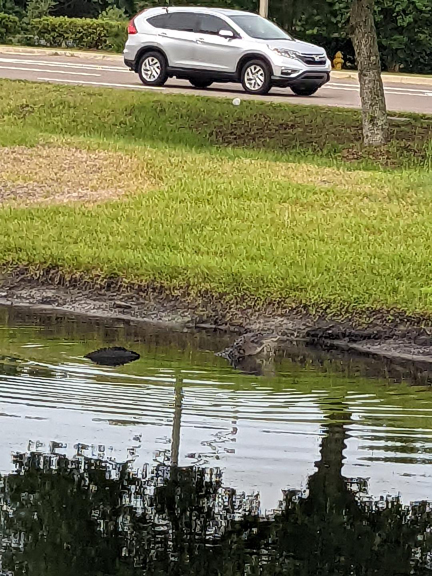