My friend Scott calls the deer in the first nighttime photo the Crabclaw   buck. He only poses for the trail cam at night. Scott has been watching this buck for three years as it grows. As you can see by  how roughed up he is, this buck is a fighter. 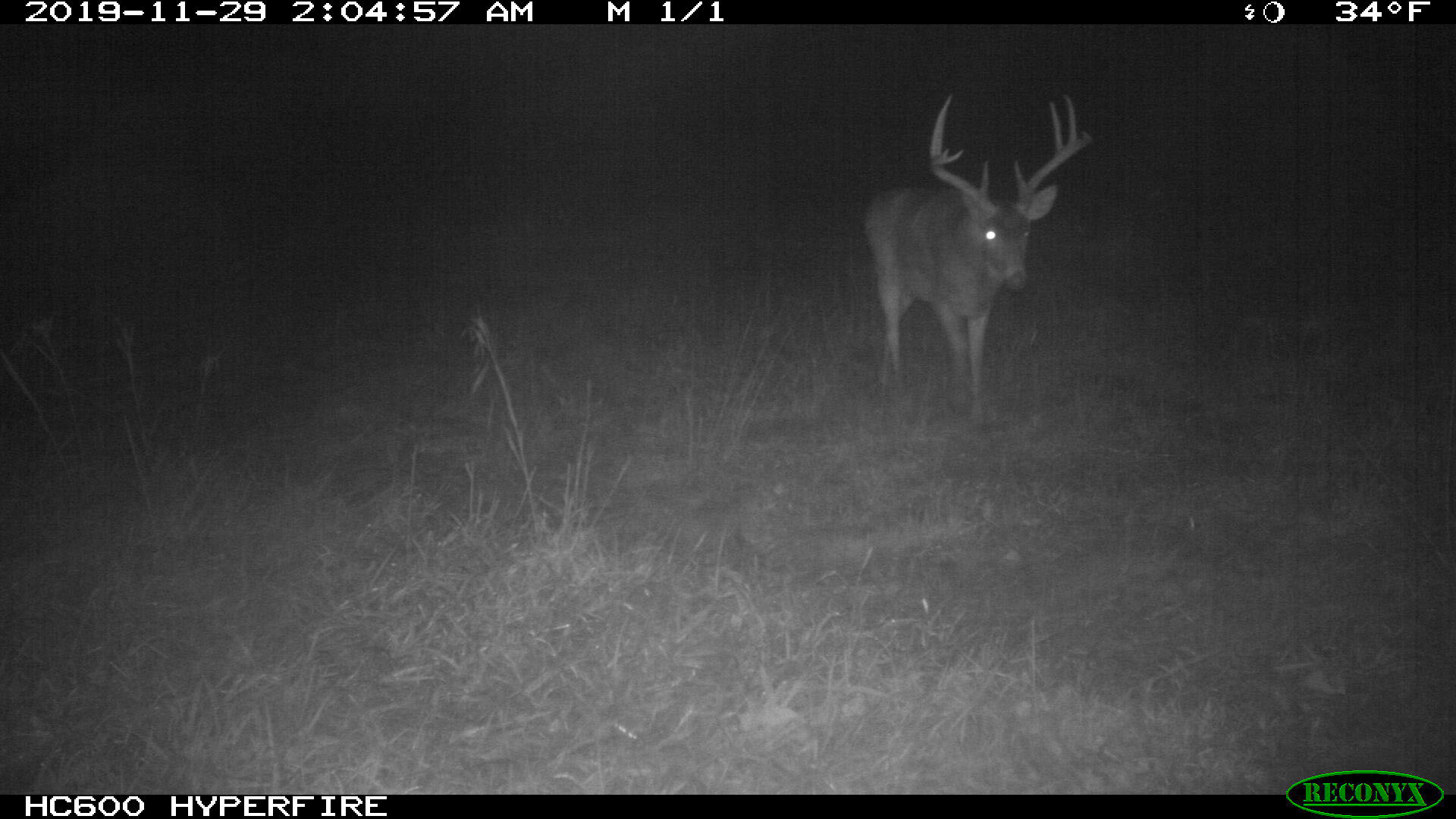 The daylight photo below appears to be a 14-pointer. If he keeps   wandering around in the daylight this fall he’ll wind up on the wall of some  guy’s man cave.

And look at the herd of turkeys in the right background! Does that make you want to get out your old box call and start practicing or what! 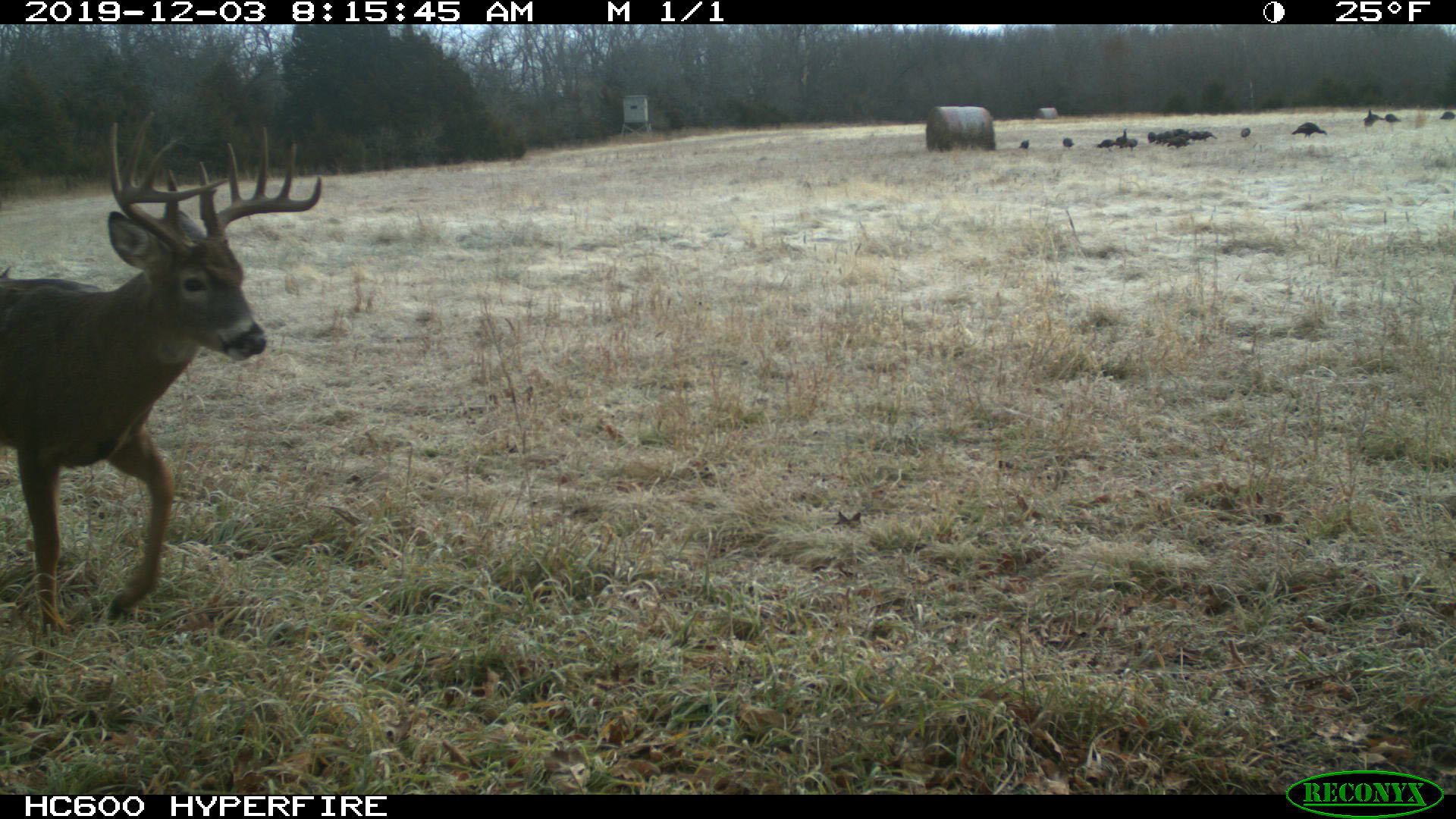 The beautiful eight point buck below is from my friend Dave Zumbaugh’s trail cam. Dave lives on the outskirts of Shawnee Mission Park in a western suburb of Kansas City. The deer in the park are protected and rapidly become so numerous they stand on their hind legs in the winter and    munch the bark from trees. Yet every time a controlled archery hunt is proposed the anti hunting crowd raises hell. I guess they’d rather Bambi and his mom die a slow death by starvation.

Sanity has prevailed a few times and local food pantries have enjoyed the venison. 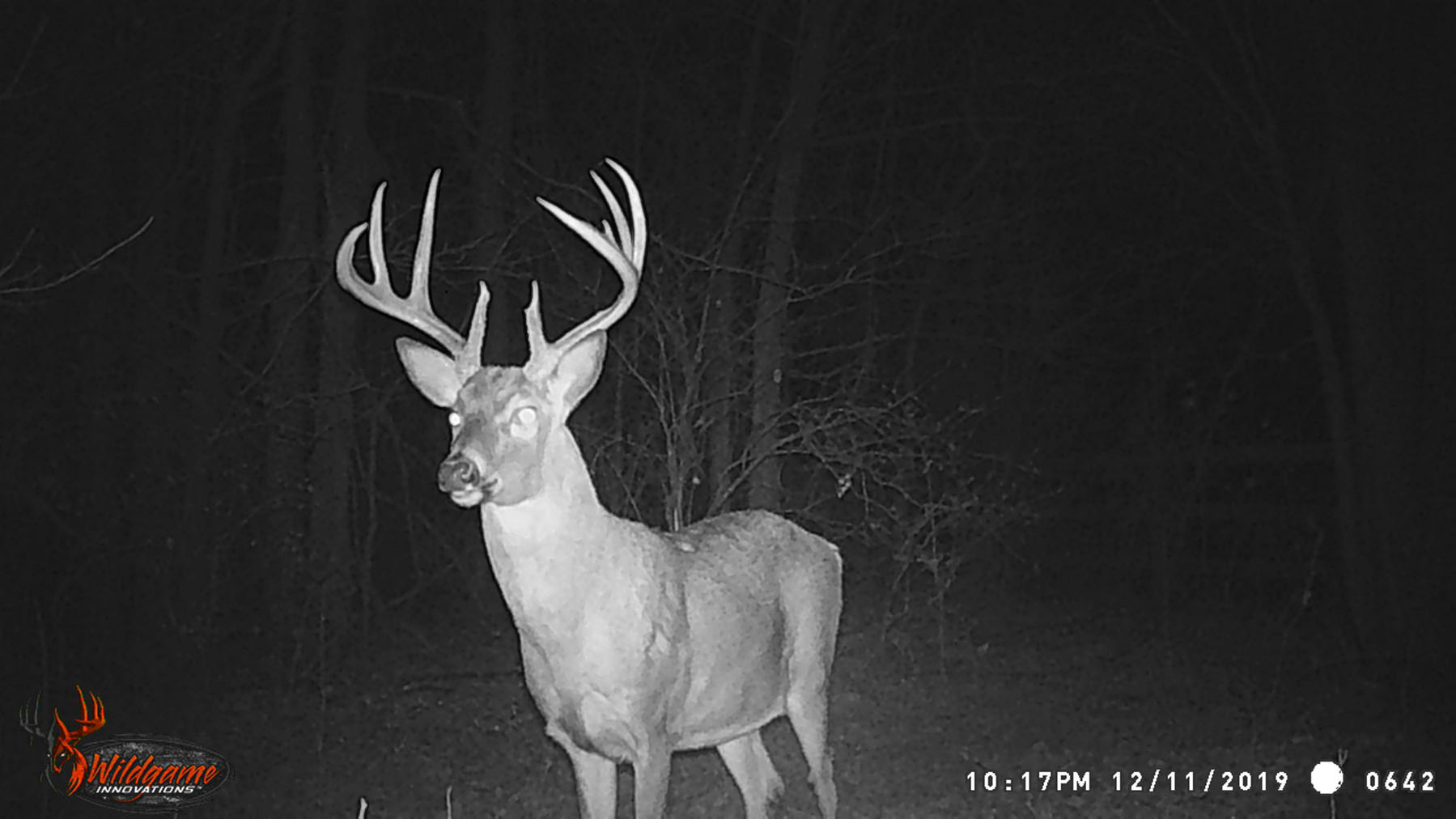